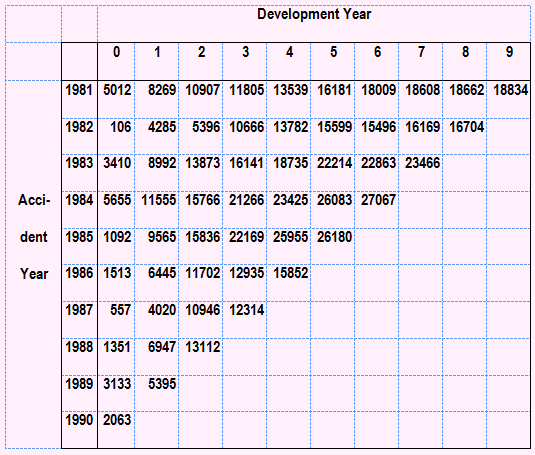 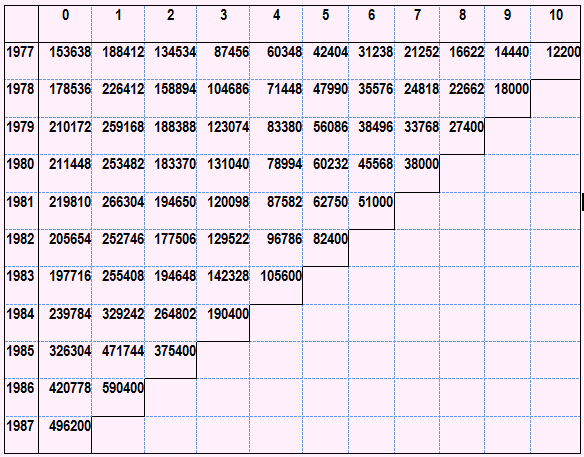 Note that the exposures were not used in the chain ladder fits described here. (Since there is already a parameter to each accident year, there is little point in any case.) 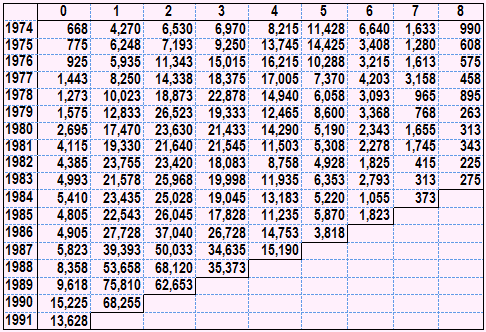