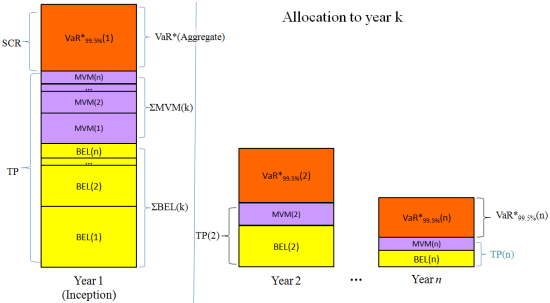 In RC and MVM calculations we discuss RC, MVM and the cost of capital approach for the ultimate risk horizon. There is also a description on how ICRFS™ calculates ultimate risk horizon metrics for the aggregate of multiple LOBs for a given MPTF model and an associated forecast scenario.