ICRFS™ 2022 builds on the new Reinsurance module introduced in ICRFS™ 2020 (detailed below).

Any combination of reinsurance contracts, either LPTs or ADCS, can be created for single LoBs (PTF) or multiple LoBs (MPTF). Contracts can be chained, pooled, and layered.

Examples of applications of the ICRFS™ 2022 Reinsurance module below. 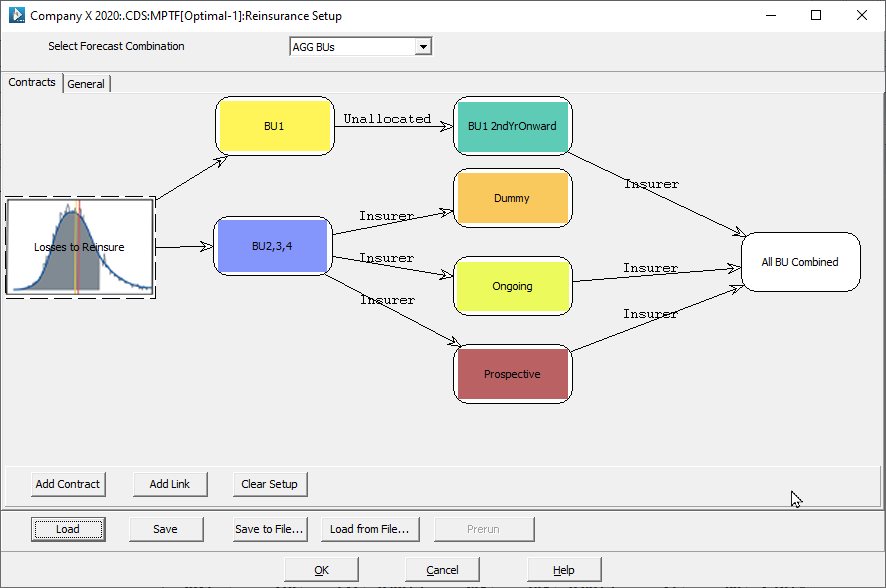 Below is an example of a Reinsurance contract flow illustrating various types of layered contracts.

This contract applies to Business Unit 1, First calendar year only. The second and following calendar years are not allocated within the contract and simply flow out as 'unallocated' to the next contract, BU1 2ndYrOnward.

This contract is a simple ADC type contract on all accident years applying to the business units 2, 3 and 4. This contract has been active prior to the current valuation year.

This contract is here for illustrative purposes only. The contract allocates all losses to the Insurer layer. In practice this is unnecessary to include as any simulations that are active from the initial 'Losses to Reinsure' entry point automatically flow to the final 'Aggregate' in the summary according to the last allocation to a capital provider.

This contract is another proposed contract taking the insurer layer from multiple contracts (3), (5), and (6). In this last contract we have:

Reinsurance contracts can now also be monitored over time as new diagonals are added by setting the first calendar year in the contract to refer to historical calendar periods. In this way, gross data can be modeled and Reinsurance arrangements (ADCs) can be evaluated for capital efficiency and cost benefit analysis. 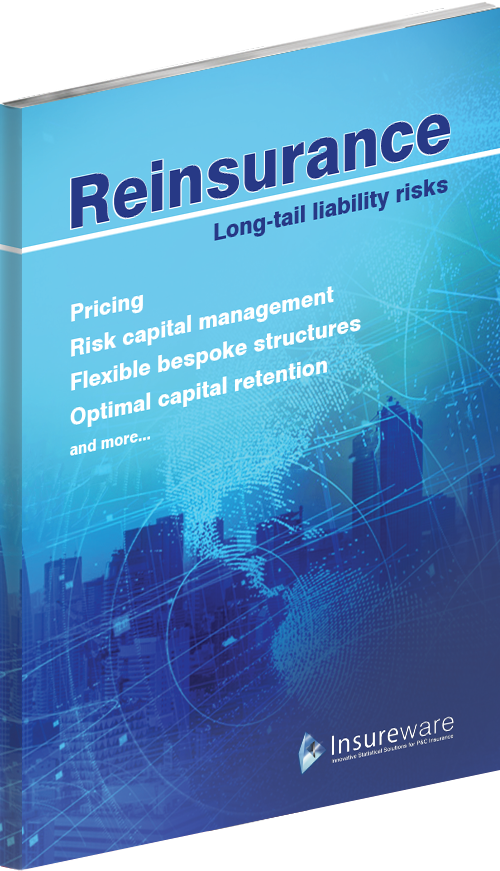 Accident years with no Reinsurance cover can still be included in the analysis so the reserve position Net of Reinsurance studies can be calculated. When constructing the contract, simply set the Insurer to take 100% from each layer.

Distributions by calendar year and total, including V@Rs and T-V@Rs, are supplied (along with simulated values for further post processing if required).

As Reinsurance contracts now allow the user to set which calendar year the contract begins in - including historical periods - this enables transparent monitoring of contracts. As the data are updated for a new diagonal, the Reinsurance module automatically allocates the losses into the correct layer based on the 'from inception' contract. 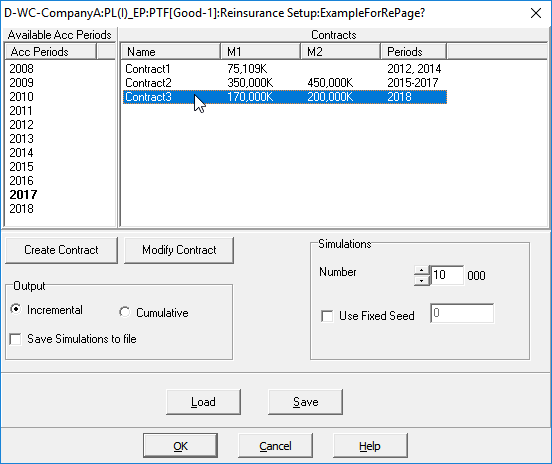 Proportions can be allocated between any of the three layers (insurer, reinsurer or retrocessionaire). The allocations cannot exceed 100% at any layer but there is no requirement that they must sum to 100%. 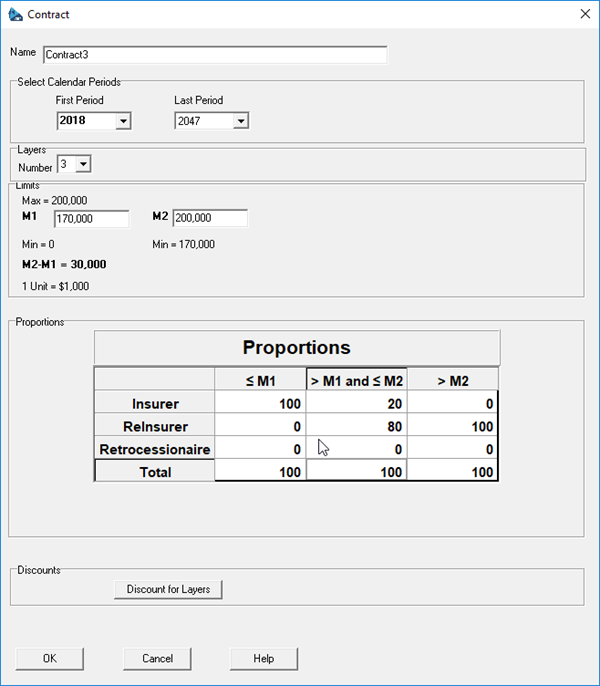 Output from the Reinsurance module is summarised in total (Aggregate) and for each contract. 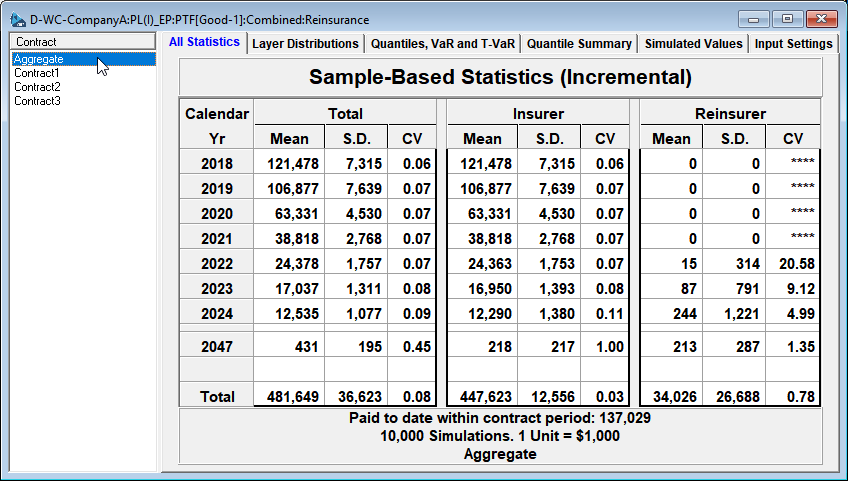 As with the ICRFS™ 2018 Reinsurance module all summary statistics (Quantiles, V@Rs, T-V@Rs) and simulated values are available. ICRFS™ 2020 calculates these metrics for the Aggregate of all contracts and for each contract. For prospective adverse development cover - distributions can be compared with the PALD module to show the reduction in risk capital required by the insurer should the adverse development cover be purchased. 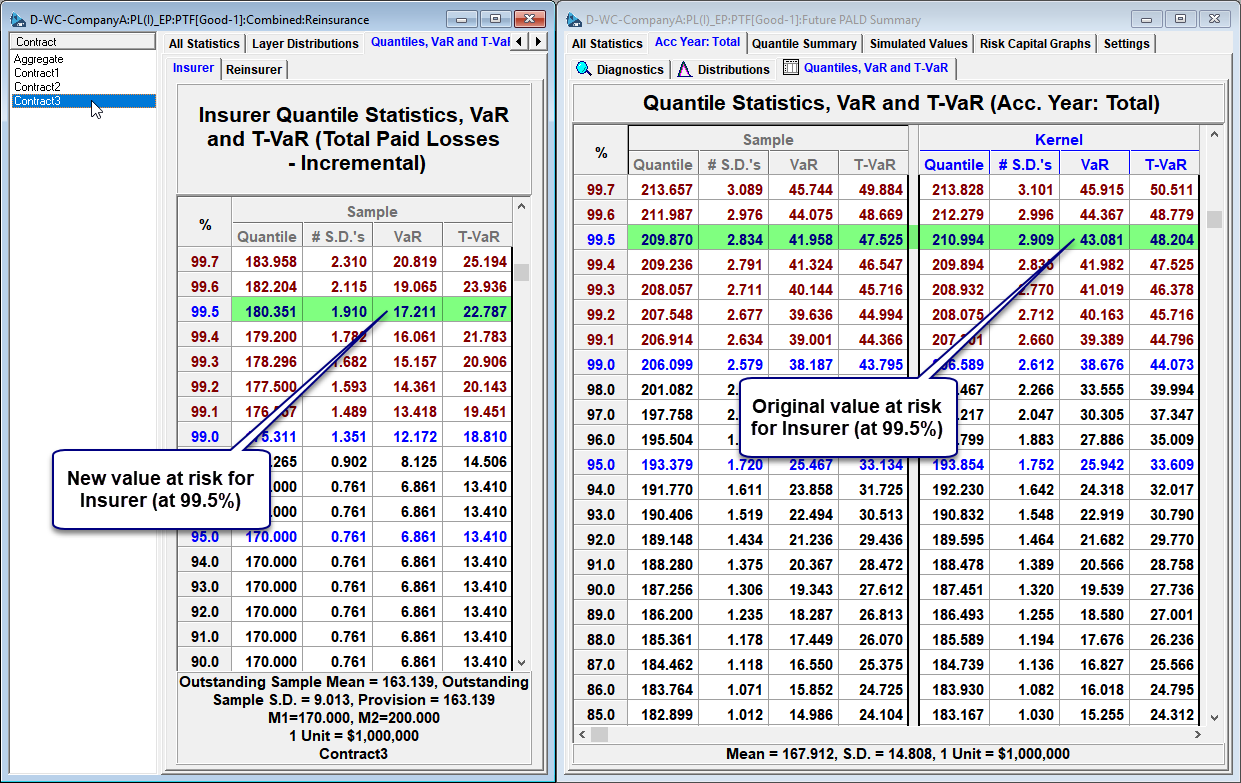 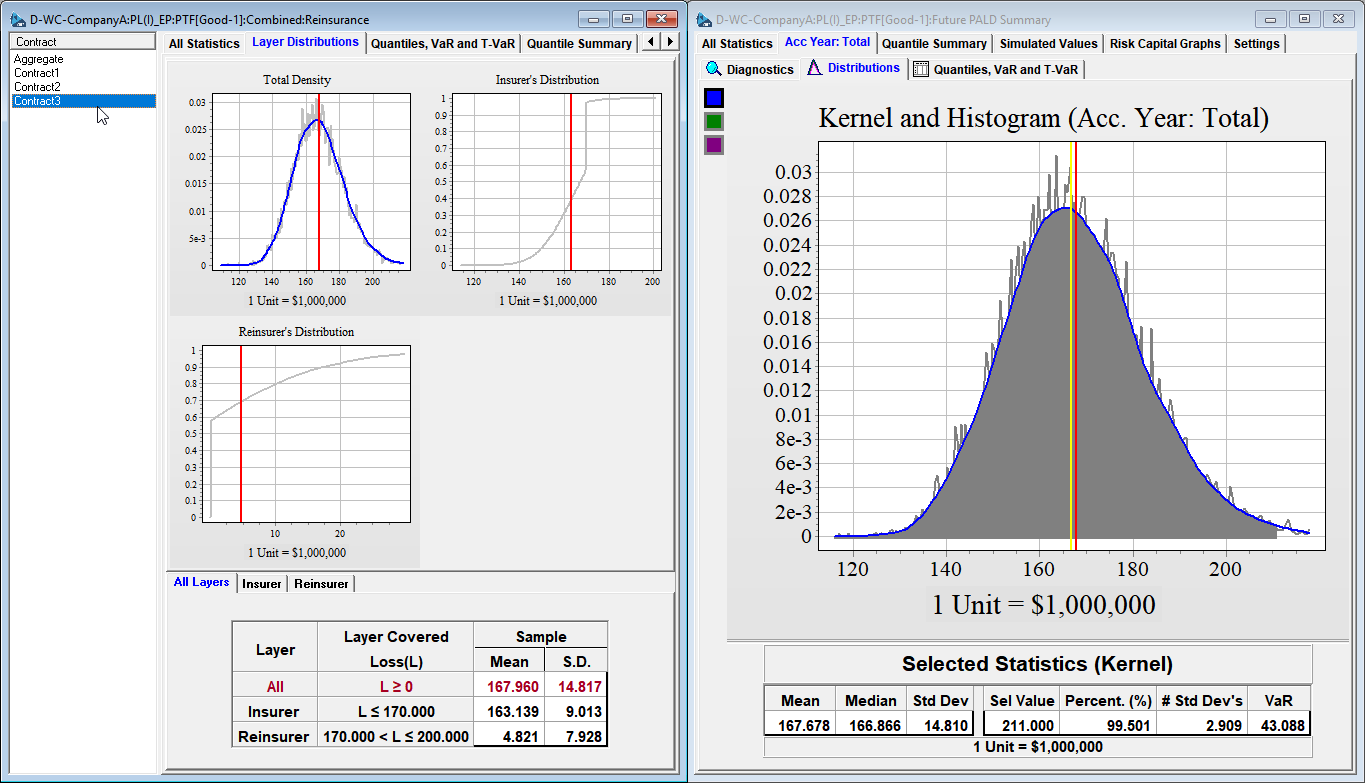 What input is required into the Reinsurance module?

A single composite MPTF model is identified from the data, for multiple LoBs, that measures the volatility (and trend) structure in each LOB and the volatility correlations between the LoBs.

In essence, on a log scale, a normal distribution is fitted to every cell in the loss development arrays and the means of these distributions are related in the identified trend structure.

In respect of projections for future years a lognormal distribution is forecast for every cell using explicit, auditable assumptions for each LoB.

The simulations from the lognormal distributions are the input into the Reinsurance module.

An example of the forecast table with the forecast lognormal distributions (mean and standard deviation) is shown below. 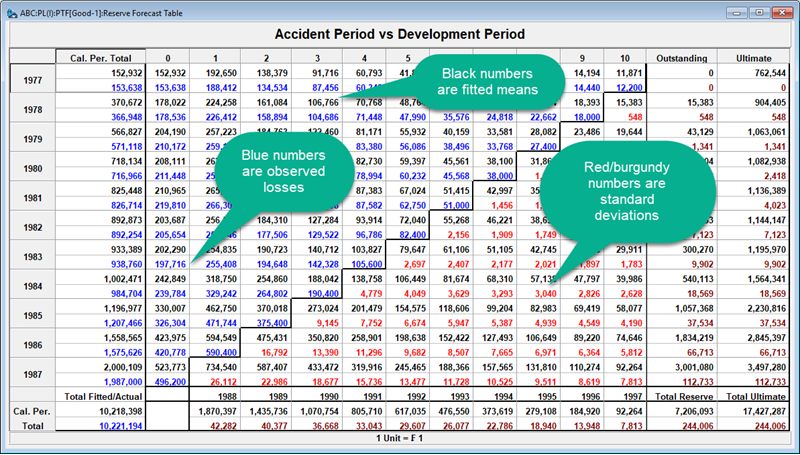 For more information see the reinsurance brochure on the brochures page.